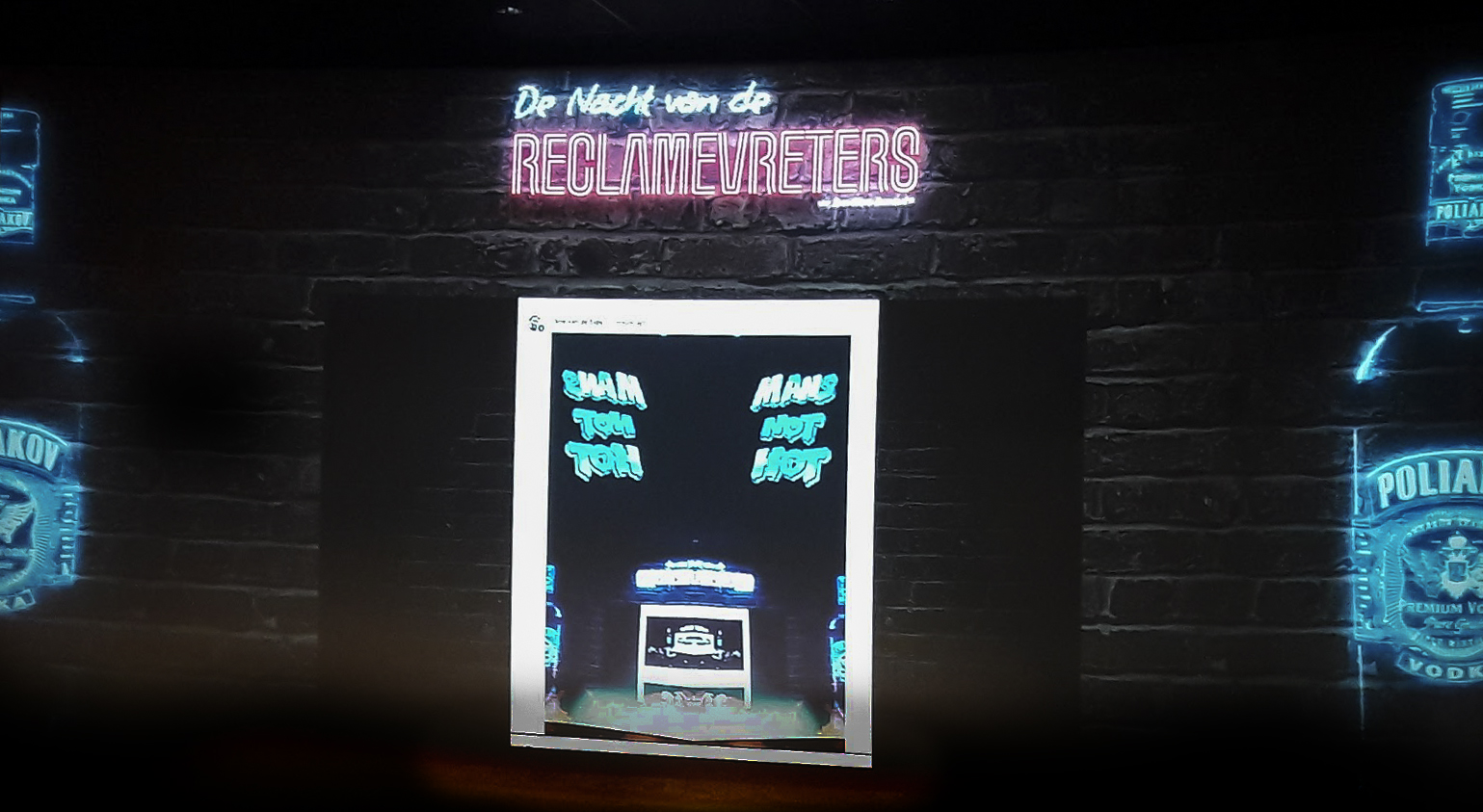 Last week I went to the ‘night of the adeaters’. And I’m pretty sure that now you’re thinking did you really pay to watch commercials? You’re insane! Yes I am! But I heard a lot of good things about this night so of course the blogger in me wanted to addend this night! And I already can tell you the next time I’m going back again! It’s for sure worth it! So now I’m going to tell you why. Because the night was also full of surprises! 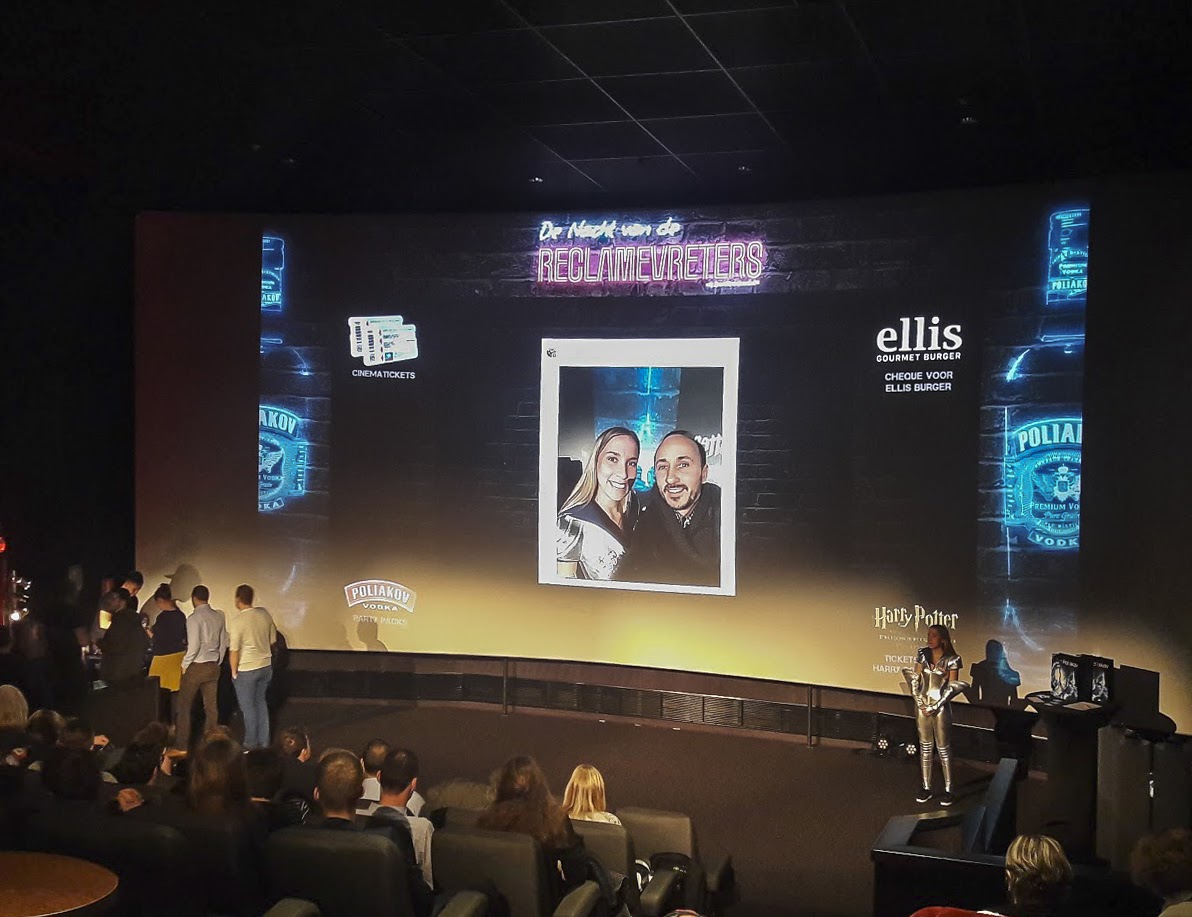 You could enter the cinema from 19h. Be sure to be this early! Because they are giving a lot of prices away! The sponsors in Ghent were of course Poliakov this was the head sponsor and Ellis gourmet burger, kinepolis and a lot more. You could win a Poliakov party bag, Ellis gourmet burger voucher, cinema tickets, tickets for Harry Potter in concert and they even gave tickets for Disneyland away! How cool is that! The presentator was a real entertainer. I really loved him, he did a great job! So winning something was easy you only needed to be fast and have some courage. One of the first things that you had to do was to run down and take a selfie with the Poliakov girl and post this on facebook. At the beginning not everyone had enough courage. So my boyfriend won an Ellis voucher because he was the only competitor! 😉 But after that a lot of other people also tried to win something! The presentator asked who wants to win this? You had to put you hand up and if you where lucky he picked you out and you must answer a question or do something crazy. Seriously this was so much fun! Except the prizes he also gave away some drink coins. Because of course downstairs there was a Poliakov cocktail bar! 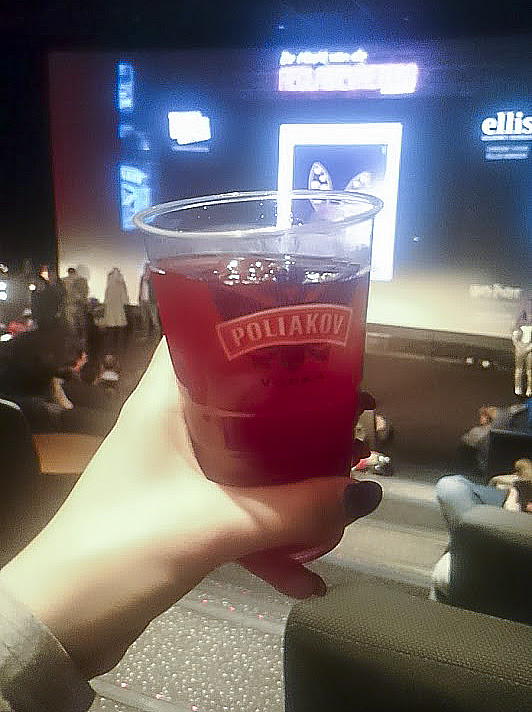 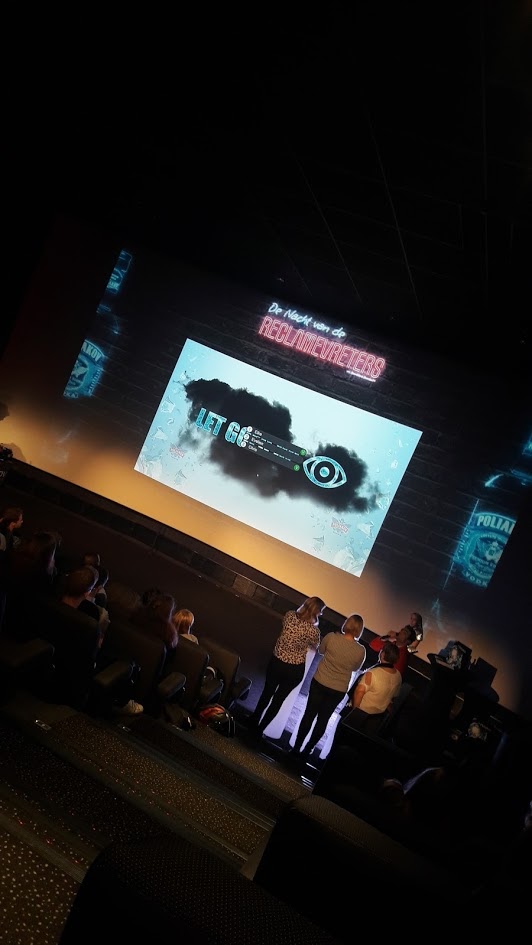 To be honest the last part was heavy. It was till around 00h20. And if you go too the cinema often you know that the seat aren’t that comfortable! But also the last part of watching commercials was just too long. Don’t get me wrong because the commercials were for sure much fun to watch! But I just found the last part way too long… But except that ‘The Night of the AdEaters’ was awesome! And I wanted do this for sure again! 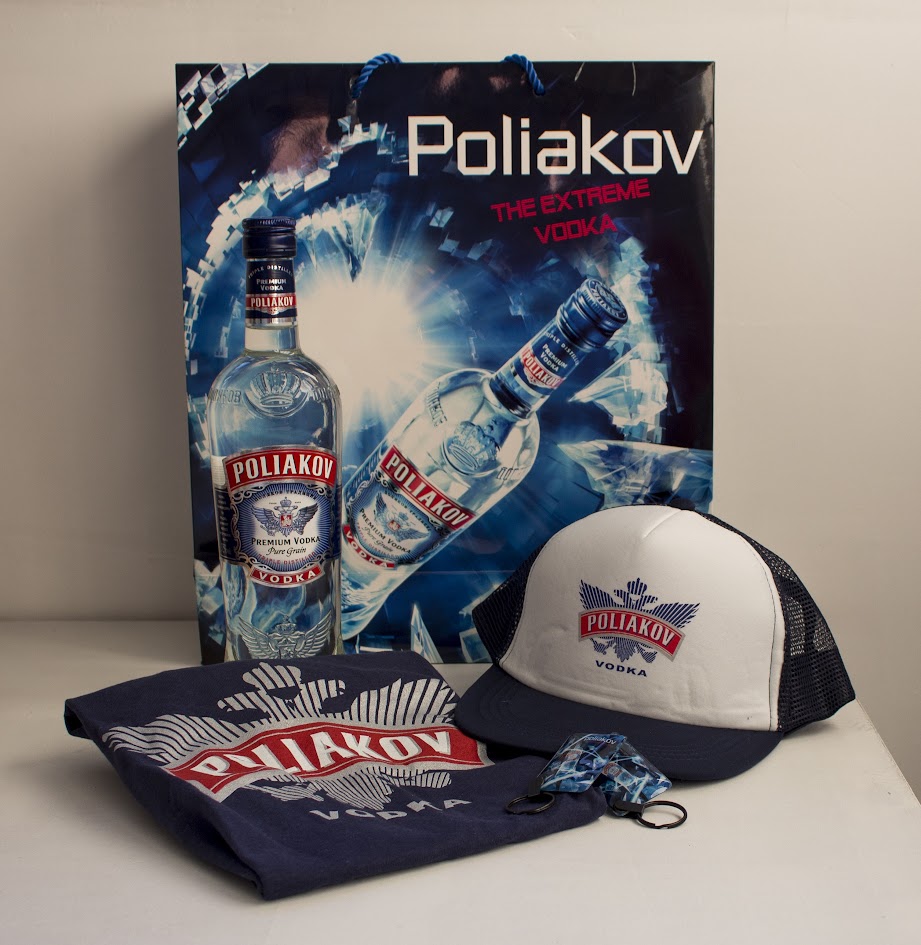 We had a great night! It was much more fun than I expected! And I’m shocked with the prizes we won… We won an Ellis gourmet burger voucher and a Poliakov party bag. And we also got 2 good ‘sex on the beach’ cocktails made from poliakov. So this night was worth ever minute! If you ever got the chance to attention this night than you must do this for sure! It will be more fun that you can imagine! I went to the kinepolis in Ghent and the ticket prize was €15. 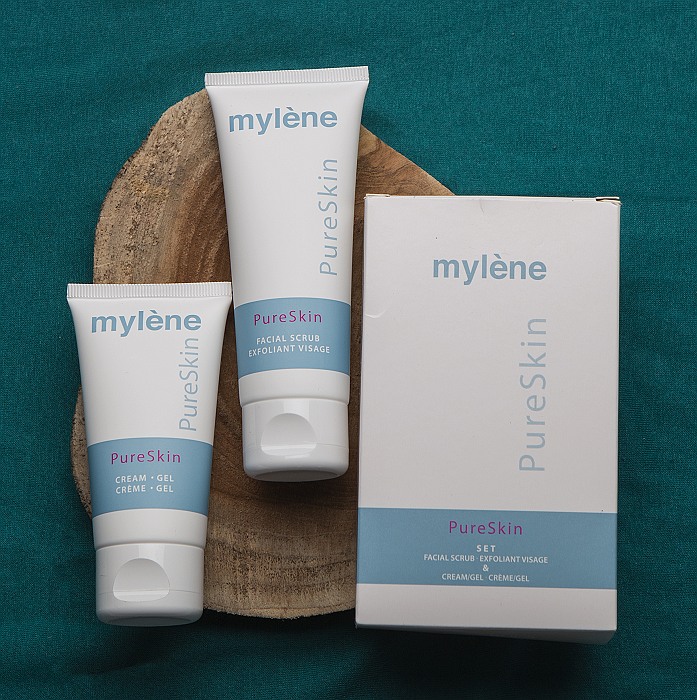 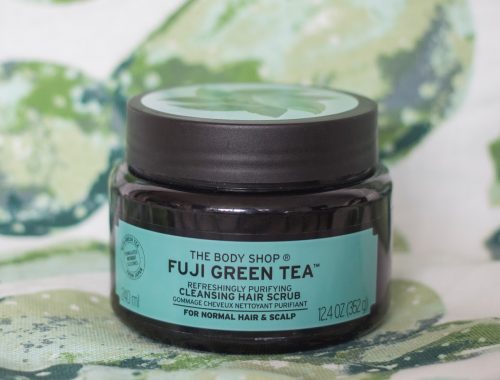