Past two weeks where so nice but also a bit stressy… I had two special weeks because I went to the opening from the primark in Antwerp, for the rest I also had DJ-lessions, I did something special for Mother’s day and much more. But as I said it where also stressy weeks… Do you wanna know why? Then keep on reading because I also give you a little sneak peek from my next two excited weeks!

Week 18 started good, because I could go to the opening from the bloggers and press from the primark in Antwerp! And wow, what an experience was this! Especially when they opened the doors for the public! 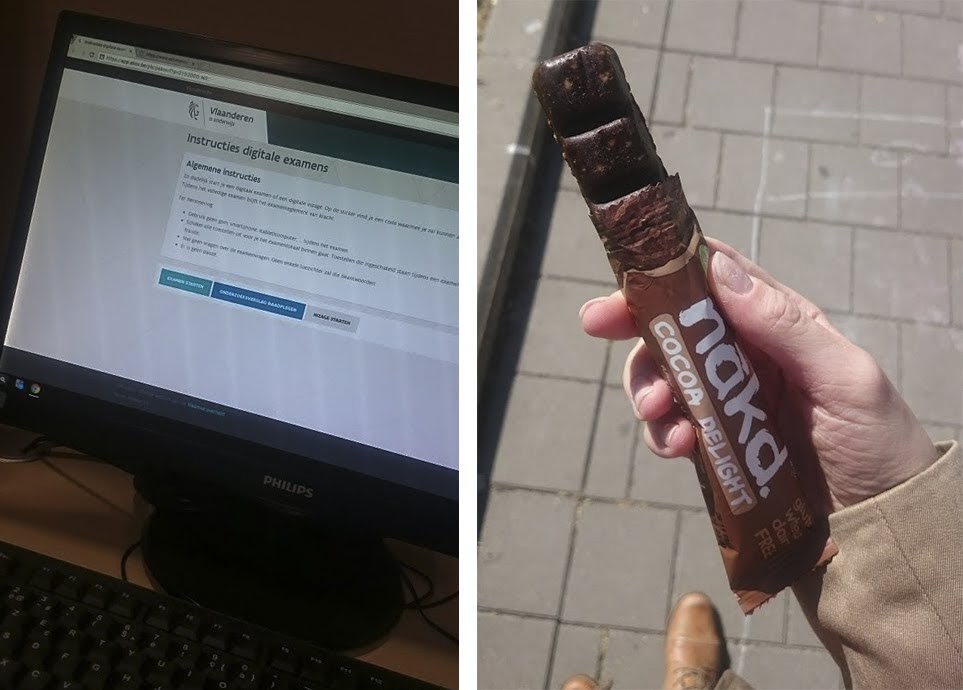 A few days later I had an exam and now it’s waiting for the results…. After that it was time to go home by train. But I needed some power food, so I tried out this nakd bar. It was a special but good bar! 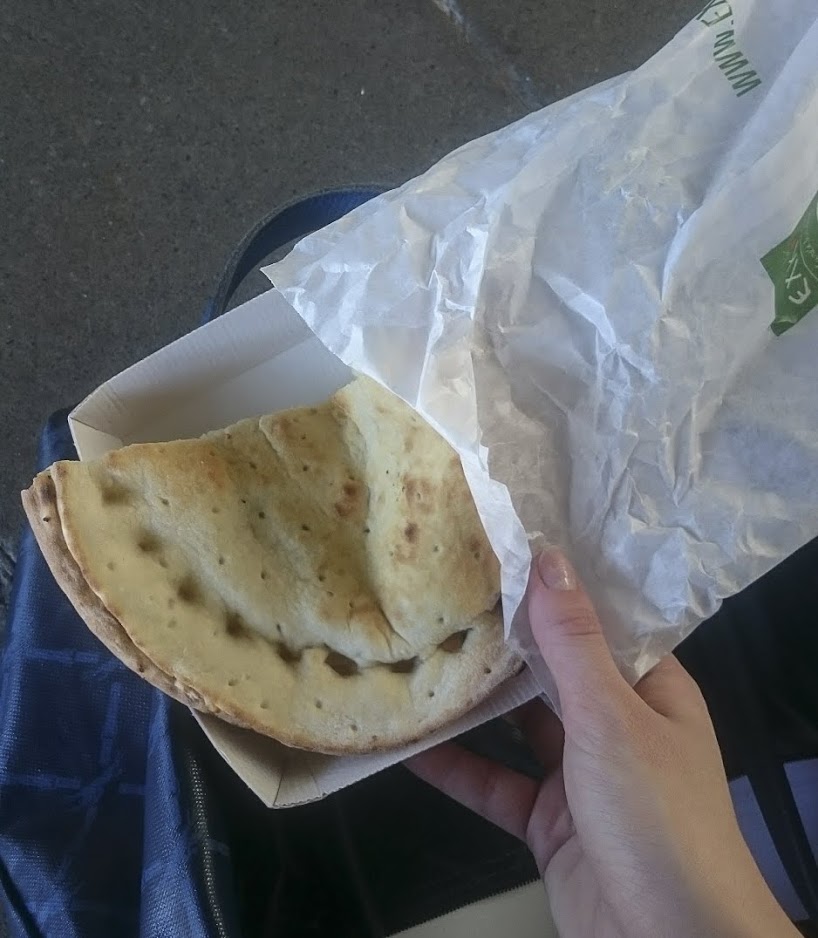 Buuuut, because it was almost afternoon and I had to wait on my train I bought some food at exki. And this is something vegetarian with cheese, tomatoes, olives and much more. And this is for a few years my ultimate favorite food from exki! 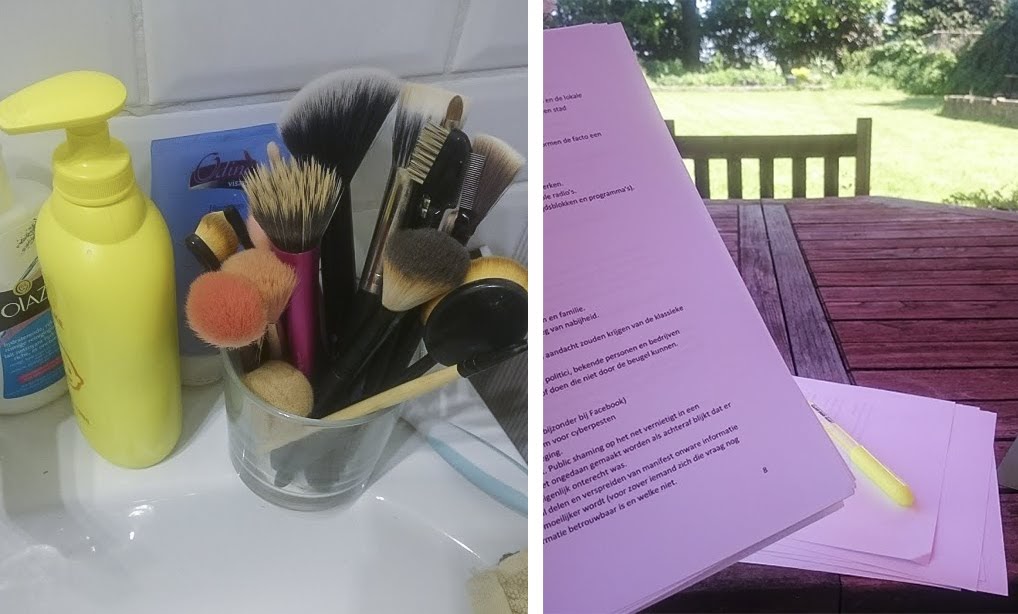 And a couple days later I was studying again for another exam . And I also desisted to wash my brushes. Because sometimes this is so needed… 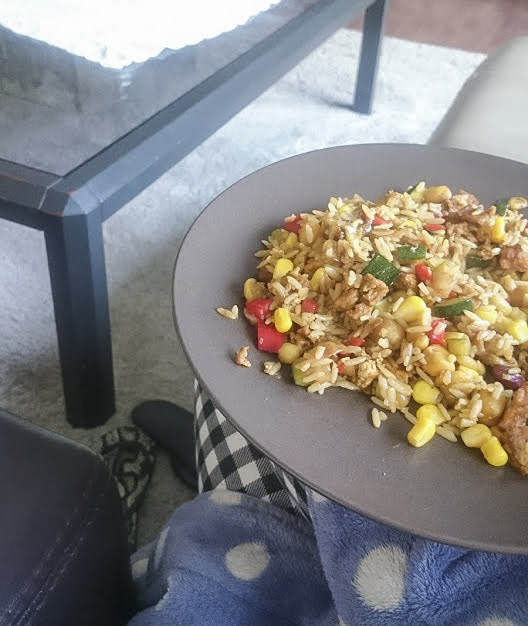 In the evening my boyfriend didn’t got home, and I really hate to cook only for myself. But I made this rice with vegetables in less than 20 min. Good, and quick I love that! 🙂 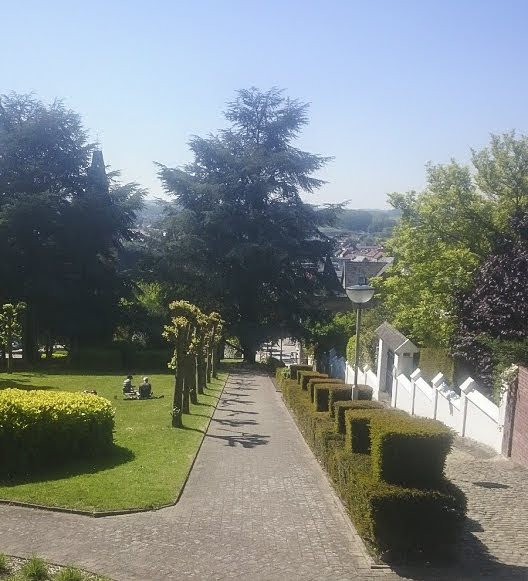 Saturday my boyfriend needed to photograph a communion and the party. But it was far away but wow the views from there where stunning! 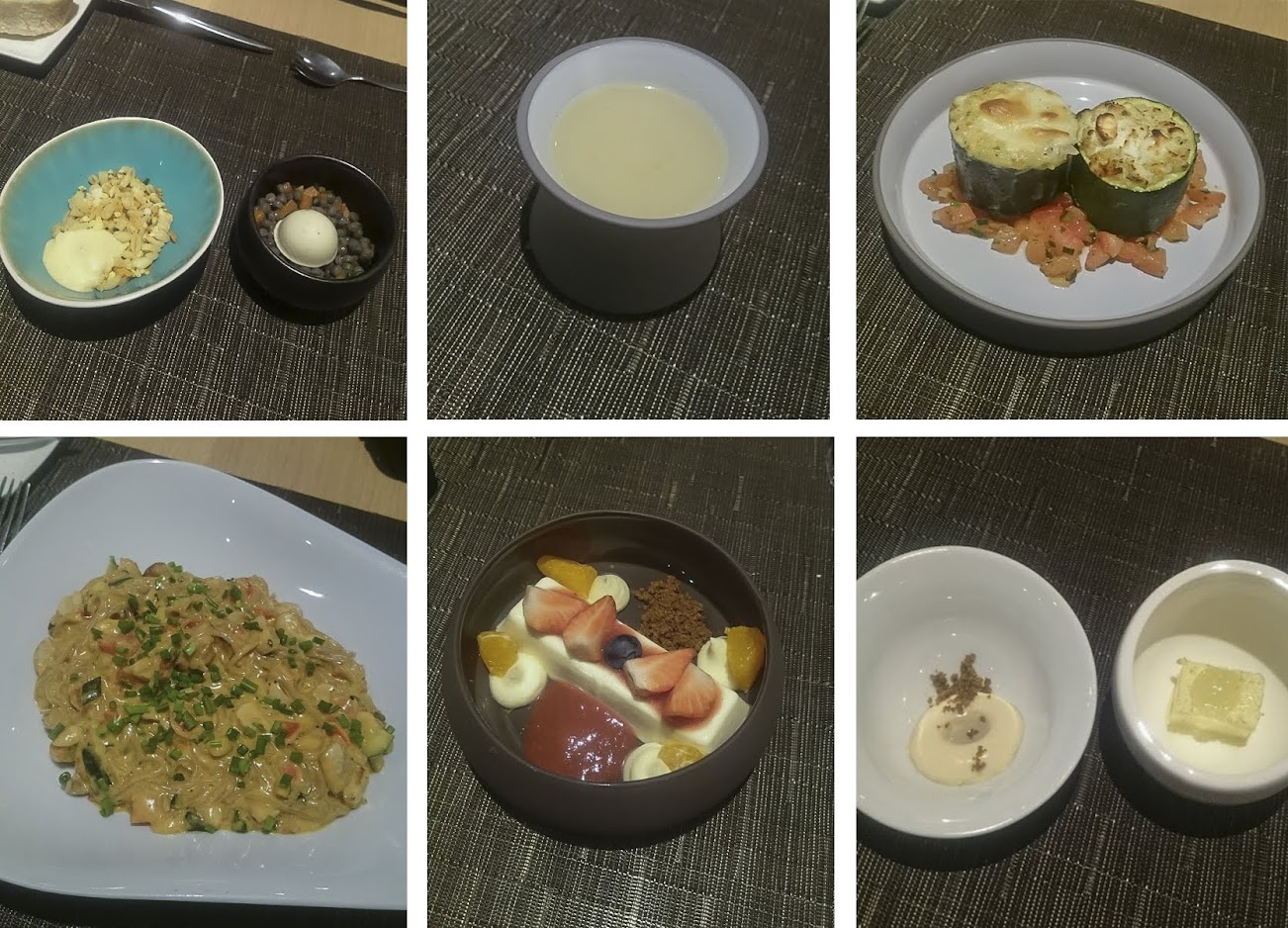 And in the evening we had dinner at the party and they made something veggie for me. So first we got a little amuse, an asparagus soup, an appetizer, the main course. And the dessert we could choose orself, I choose the panna cotta. This was the best dessert I ever eat, just wooow! And at the end we even got two other small dessert with alcohol. This was also way to good! 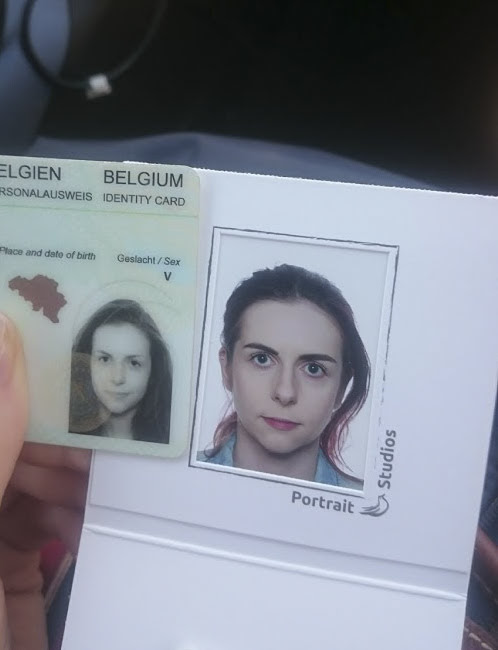 Tuesday it was time to make some new pass photos. And it’s so weird to see these two pic next to each other. And wow, my eyebrows from in the past, no just no! Hahah! 😉 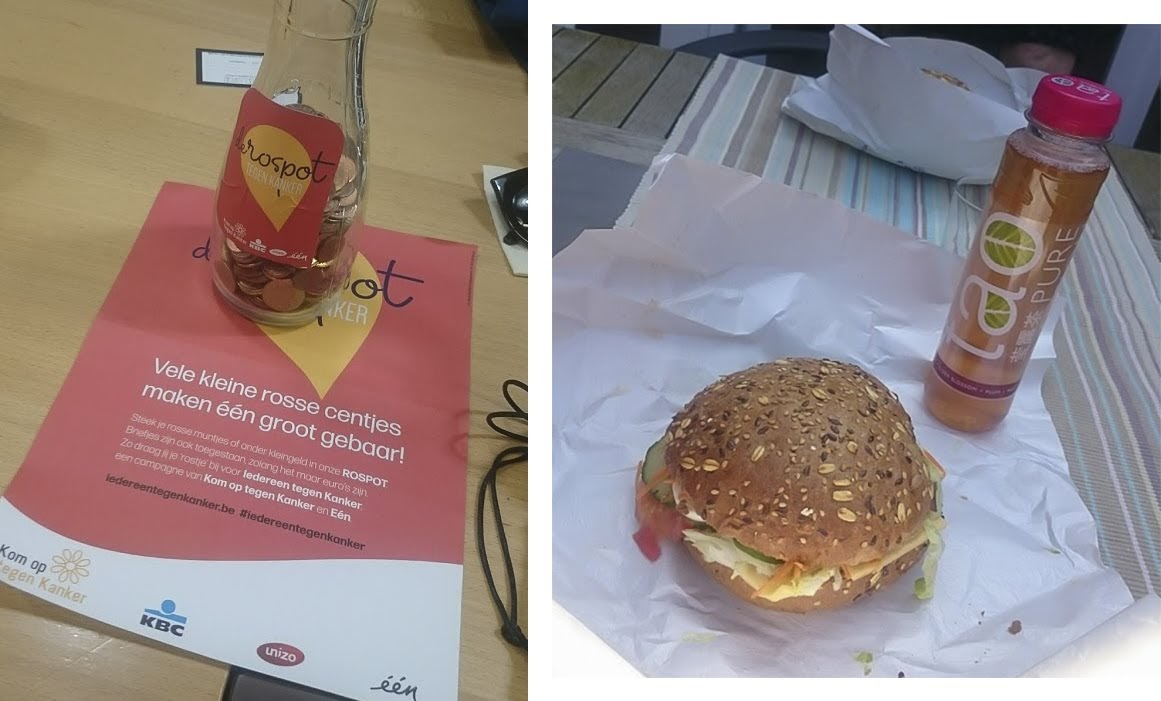 I also brought a little visited to my mum. We went to the shop and I bought a pink jacket and a short. Oh, and I donated some money to charity! And after that it was time to eat our sandwiches in the sun! 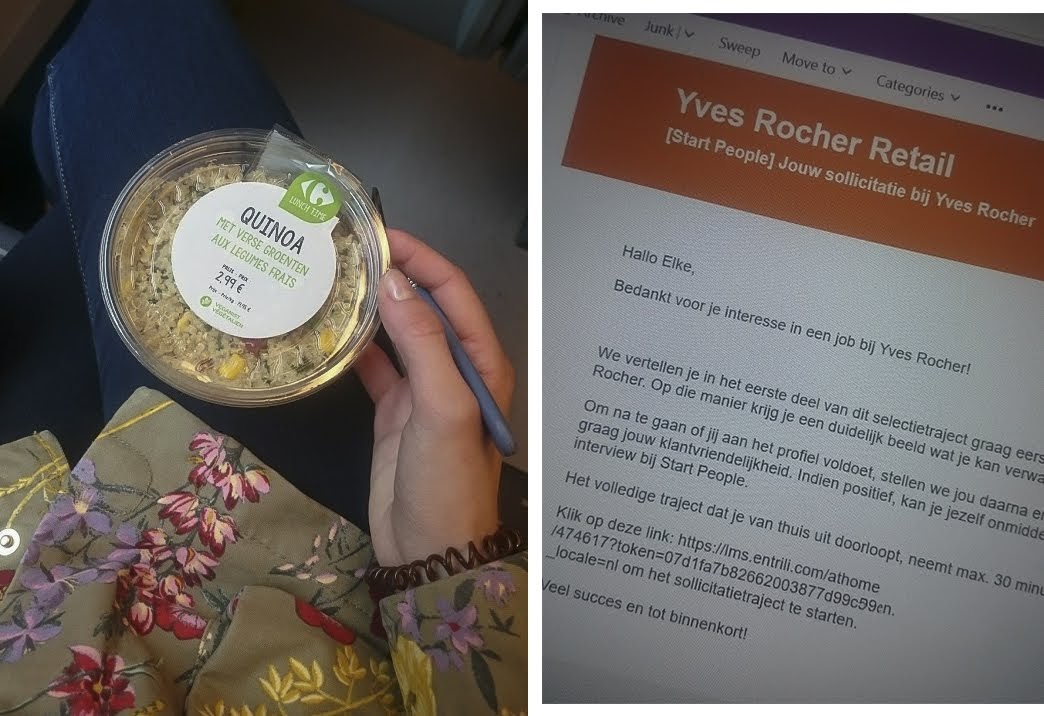 Friday it was time for the second exam. So yes, it’s also waiting or it did past or not. And in the train I eat a vegan quinoa salad. And the other photo is another story…. But I will keep it short. I apply for a job at yves rocher. And after mails and more mails and more mail I finally got a reaction from them! I had to past a retail test. And just after the first question they canceled the test. So yes, I’m not happy. Especially because they promised to call me back but I never heard of them again… But so what better things are coming my way! 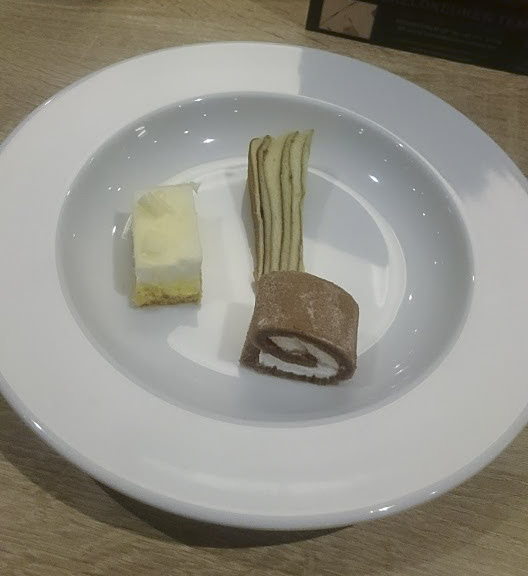 Saturday we had a party in an all you can eat… And of course I went for some dessert or 3. For once in a time is this ok, I think! 😉 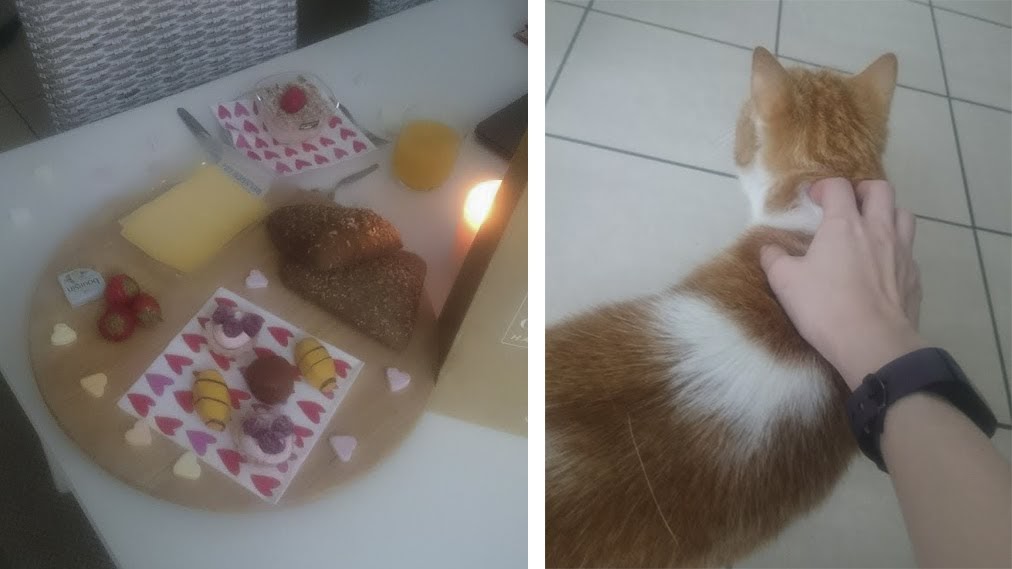 And Sunday it was Mother’s day! So my brother and I surprised her with a breakfast. We were in her home for longer than 30 min and she didn’t know that we were there. So when she was downstairs it was a real surprise for her! So mission succeeded! And I also gave some attention to my mum her cat that don’t like it to go on a pic! 😉

So these where my two weeks. And for the next once I’ve got some excited things coming up! I have recordings for something special and also two events for my blog and much more! I will keep you posted! 🙂 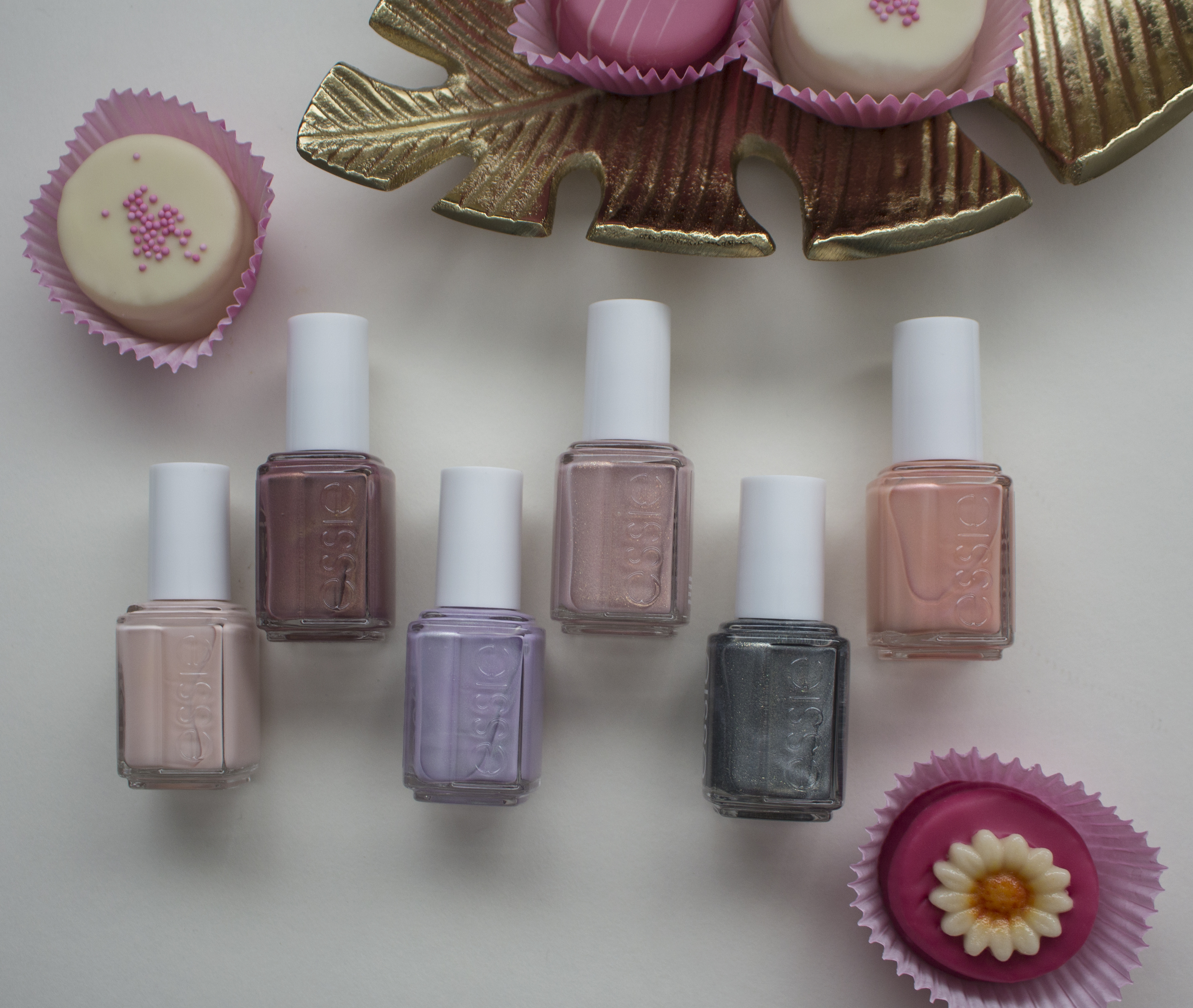 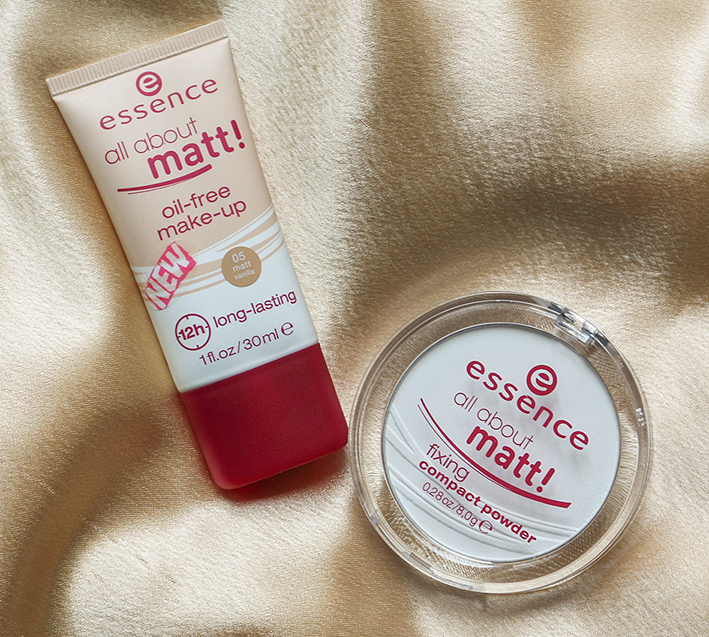 Essence // all about matt